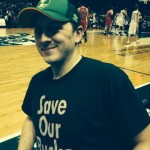 At face value, many fans are wondering ‘why’ or ‘how’ we could trade our starting point guard and risk ruining the chemistry right before we make a run at this years playoffs. Our owners know we are not winning the NBA championship this season. While the playoff run will certainly be enjoyable, we must look ahead and put down the foundation for a championship level caliber roster. That means making tough decisions. That means understanding your assets & their valuations. Buy low & sell high is a mantra in the financial world. A world in which Lasry & Edens attained their success. They sold high on Knight and bought low on longer term assets in MCW, Ennis & Plumlee who are all under contract for between 2-4 more seasons on rookie scale contracts. END_OF_DOCUMENT_TOKEN_TO_BE_REPLACED 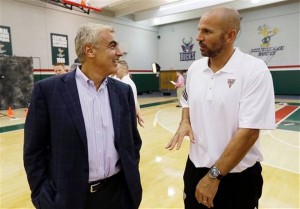 END_OF_DOCUMENT_TOKEN_TO_BE_REPLACED

The Billboard Launch Party is about to kickoff and so is the live twitter feed on saveourbucks.com , several members of the SaveOurBucks.com team including spokesperson Paul Henning will be providing live updates from the Party.

You can find the live twitter feed here, or by going through the EVENTS tab in the navigation bar.  Hope everyone has a great night, remember to use #SOBParty for any tweets from or about the event!