Grantland : In Giannis We Trust 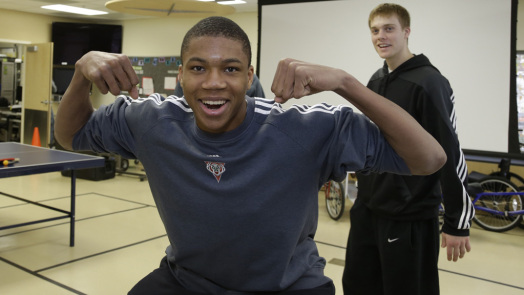 The piece also focusses on Senator Kohl’s tenure and gives SaveOurBucks.com a couple of solid shoutouts.  Barshad met with Save Our Bucks own Paul Henning while in Milwaukee for the story recently and the two had a great chat, some of which is detailed in the article.
END_OF_DOCUMENT_TOKEN_TO_BE_REPLACED 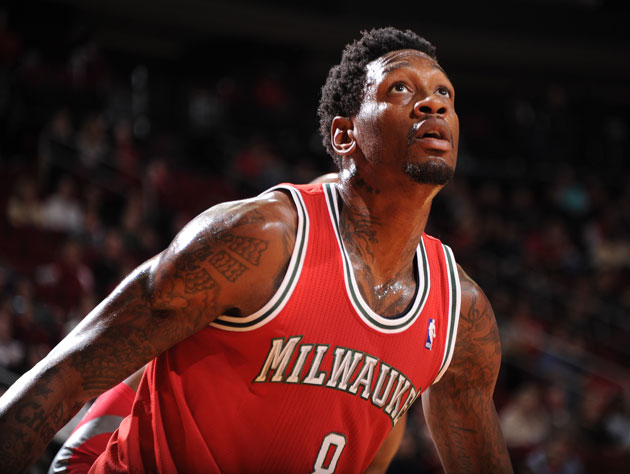 Another great piece from @KDonhoops over at yahoo! sports, this time focusing on something we’ve talked about quite a bit, the Milwaukee Bucks falling backwards into this disastrous season and calling it a strategy.   END_OF_DOCUMENT_TOKEN_TO_BE_REPLACED 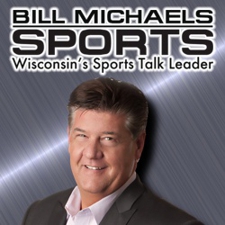 Kelly Dwyer on Larry Drew, the Milwaukee Bucks and #SaveOurBucks 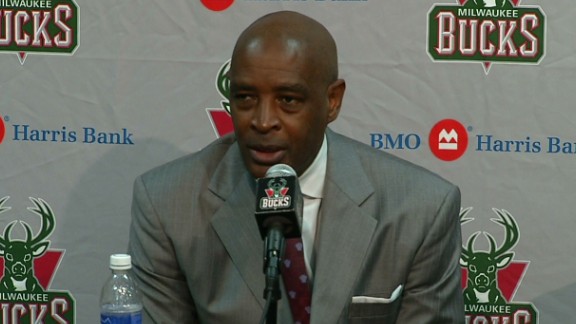 Kelly Dwyer has written another solid piece on the Milwaukee Bucks in his regular Ball Don’t Lie column over at yahoo! Sports.  This one isn’t directly about saveourbucks.com but covers many topics that SOB is all about – including Larry Drew’s role and frustration levels with his team, GM John Hammond’s failings, and the general failure and impatience of the Milwaukee Bucks front office that has led to the catastrophic current Bucks outfit. END_OF_DOCUMENT_TOKEN_TO_BE_REPLACED 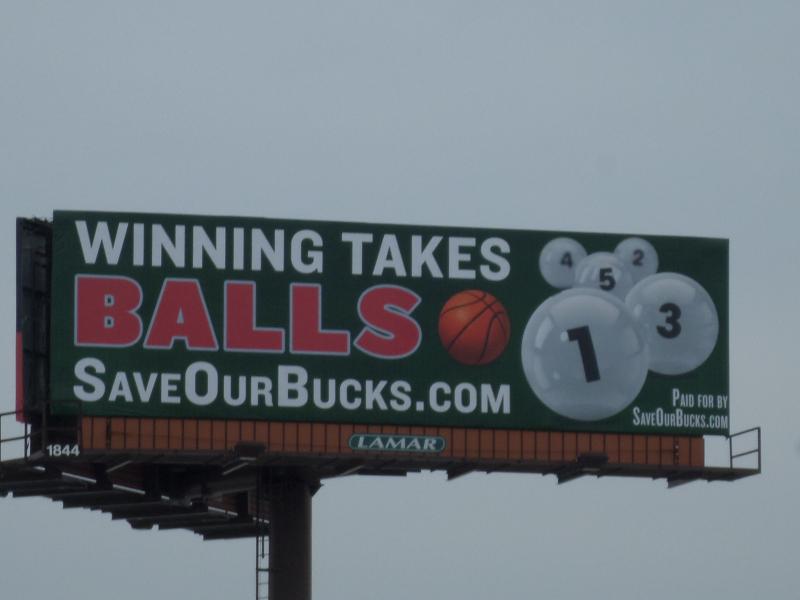 Deadspin give their take on saveoubucks.com and billboard launch

Deadspin have offered their unique take on the website and billboard, in part :

“…so some concerned fans have paid for a billboard that would seem to emphasize lottery balls over basketballs.

The folks at SaveOurBucks.com wouldn’t call it “tanking.” They’ve got a multi-part plan for the Bucks to return to competitiveness and stay in Milwaukee, and it involves front office moves and fan support. But the key is to eschew the Bucks’ usual strategy of band-aid acquisitions in favor of trading away veterans, letting young players get minutes, and lose their way into a top pick in next year’s stacked draft.”

Sporting News have covered saveourbucks.com and the launch of the billboard on their site, saying in part :

“A group of concerned Bucks fans rallied together to create “SaveOurBucks.com” with the goal of keeping the team in Milwaukee. They recently purchased a billboard sign outside of the city with a most interesting slogan.”

You can view the article in full here.

Save Our Bucks Headlines TMJ4 News

Paul Henning of SaveOurBucks.com on WSSP 1250

Bill Simmons has been talking about saveourbucks.com again, this time telling Jalen Rose about us in his latest Grantland video series, Part 3 of their 33 Day NBA recap.  It’s only a brief snippet but it warmed our hearts too, Bill.

If your browser doesn’t automatically do it for you skip to 23:56 to hear about saveourbucks.com but the entire thing is worth a watch if you have the time.

Bill Simmons (@BillSimmons) has his say on #SaveOurBucks over at Grantland

@BillSimmons has mentioned saveourbucks.com in his most recent article on grantland.com saying in part :

“For Milwaukee, when you’re forced to launch SaveOurBucks.com just to (a) make it clear that fans still love the team, (b) prove that all the losing isn’t the “small market’s” fault (when it’s really bad management), and (c) proactively protect yourselves against the possibility of a franchise relocation, you know you’ve hit rock bottom.”

It’s a very interesting read about how unbelievably bad the Eastern Conference is this year and the teams in line to pick at the top of next years loaded draft.  Read the full article here.

CBS Sports have got in on the act, offering their take on saveourbucks.com via Matt Moore.
Moore offered up in part :

“One group of fans, however, with an eye on the future and an understanding of market dynamics as well as the reality of the arena situation in Milwaukee, has a proposal. Give in. Lose. We’ll stand by you……

….The group is raising money for a billboard, to actually tell the team to lose.

This is both hilarious, and cool. That takes a smart set of fans to understand that.”

You can read the full article here.

Fantastic. Kudos. Urge everyone to visit. RT @thetytimes have you had a chance to check http://t.co/P2V1FHLwkP yet? Interested in thoughts