Hope springs eternal and the Milwaukee Bucks are on the eve of a new era. For the first time in 30 years we have new owners and for the first time since 2005 we will have a Top 4 pick. There are certainly no guarantees we will get the top pick, but we are certain to add a top flight NBA talent amongst Andrew Wiggins, Jabari Parker, Dante Exum and Joel Embiid. 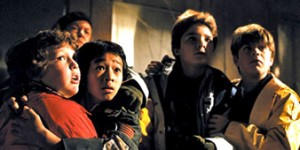 If you could have told Bucks fans that last statement back in November, I think we would have sat back and relaxed a bit more. It was a strenuous season for the players, coaches, Bucks staff, media and also the fan base. To everybody included who put something into this Bucks season “This is Our Time”.

So while you watch the NBA Draft Lottery tonight, sit back, try to relax and enjoy the kickoff to a bright future ahead for the Milwaukee Bucks. I look forward to celebrating with some of you at the Official Save Our Bucks Draft Lottery Party Hosted by Bucksketball & Urban Milwaukee at Upper 90 Sports Pub.

*Footnote – Title of the piece comes from “Finding Forrester”