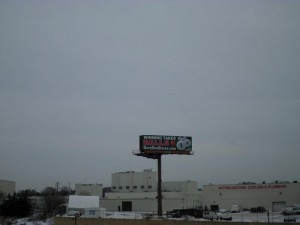 We’ll cover it in more detail in the future, but the billboard we’ve been talking about for a few weeks that was paid for using generous donations from like minded Bucks fans is now UP!  It’s at I-43 and McKinley in Milwaukee, don’t worry if you’re anywhere nearby you’ll definitely see it!  Don’t forget our launch party for the billboard with Bucks fan and pro wrestler Austin Aries at 7pm on Monday 23rd December at The Loaded Slate, all proceeds going to the MACC Fund.

4 thoughts on “Save Our Bucks Billboard goes UP!”