It has been 48-hours since the sale of the Bucks was announced. We wanted to wait before posting our thoughts, to allow some time to absorb the details. Our reaction to the news is extremely positive and we are optimistic about the team’s long-term future in the City.  Let’s now talk specifics:

Lasry and Edens Have Their Work Cut Out For Them

Unfortunately the performance of the team the past two decades has allowed a great deal of community apathy to set in regarding the franchise. We’ve seen this from both sides of the political aisle in the days since the sale was announced. For those watching the media reaction, we’ve seen some familiar names in conservative public commentary go out after the new Bucks owners because they are *gasp* Democrats, while some liberal commentators mock the new owners because they are *horrors* successful and wealthy.

This sort of nonsense would have been unheard of two decades ago, when the Bucks were a beloved team statewide after their huge success in the 1970’s and 1980’s. However, given that the Bucks profile has fallen so significantly, this is to be expected. We’ve been critical of Senator Kohl’s operation of the basketball side of things as the primary reason for current state of the team. That said, in the past three-months, Kohl has been like Usain Bolt in a race to set things right and ensure the long-term future of the team in Milwaukee. 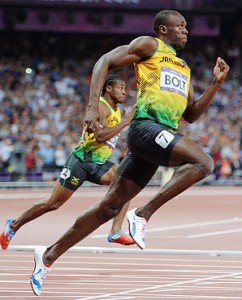 We aren’t sure he could have put together a better transaction for the team and the City than what he unveiled on Wednesday. Marc Lasry and Wes Edens are exactly the type of outside blood this community has needed for a long-time, and we welcome they and their families to the community. Kohl sold the team to some extremely smart and resourceful individuals, who we are confident will bring a prosperous new era to Milwaukee Bucks basketball.

Further, Kohl structured the transaction so that between he and the new owners, there is a $200 million dollar downpayment in place towards a new facility.  Kudos to Kohl, as he’s done good here, and as Bucks fans we are extremely grateful.

While many, including ourselves, have been somewhat apprehensive on the fact the team was sold to non-local buyers, Lasry and Edens seemed to put a lot of fears to rest in their press conference. They both expressed strong commitment to the community and indicated they would be a regular presence in Milwaukee, including being actively involved in the construction of a new arena. The duo appears to have significant resources and the competitive desire to make the Bucks great once again. The Brewers have prospered under the ownership of Mark Attanasio, who provides the model for how a non-local owner can succeed here. We see no reason Lasry and Edens can’t do the same. We encourage you to watch the press conference from the other day and let us know if you feel differently.

Having an NBA Team is a Global Asset for any City

We’d like to suggest the column written yesterday by ESPN/Grantland commentator Bill Simmons is a must read for Bucks fans. Simmons discusses how the Bucks surprisingly high sale price is indicative of the surging global popularity of the NBA. While the NFL is still the most popular professional sport in the United States, the NBA is now the second most popular global sport, behind soccer. Due to the proliferation of smartphones, tablets and social media, the NBA is quickly becoming the king of this new media and content distribution channel, which will mean increased popularity and revenues for all NBA teams in the future.  It also means that small markets like Milwaukee can thrive and be recognized globally as one of the few cities with an NBA franchise as Simmons points out in his column.

Many people in Milwaukee are not aware of this new dynamic with professional basketball simply because the Bucks have fallen out of the public eye in the past decade. We aren’t going to predict the demise of the NFL and the Green Bay Packers, however, the NFL to date has been unsuccessful in its efforts to globalize. Further, the NFL is now battling with the game-changing issue of concussions, that may impose on it legal liabilities similar to those imposed on the tobacco industry two decades ago. There is a new generation of parents in the US who do not want their children to play football for that simple reason.

Again, we aren’t predicting the collapse of the NFL or anything of the sort. We are however noting that anyone’s preconceived notions about the role of the NBA in the sporting world are going to change significantly in the decade ahead as the world globalizes and becomes even more inter-connected.  People need to look at the Bucks and their role in the sporting world on a prospective basis rather than looking back. Lasry and Edens are able to see this, and that is why they had no problems paying $550 million for the team in addition to another $100 million towards a new facility. As Dallas Mavericks owner Mark Cuban noted, he believes that the new owners got a bargain. The State of Wisconsin can get on board and ride with Lasry and Edens into the 21st century as part of the global community, or we can allow ourselves to get left behind.

The Arena Battle Is Now Engaged 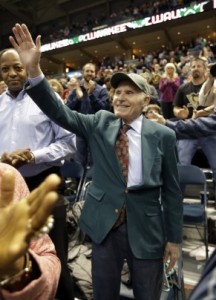 We like the “Kohl as Usain Bolt” metaphor, as he’s clearly regained a great deal of the lost ground here in only a few months. That said, Kohl is now passing the baton to the next runner in a relay race, namely our local community and politicians.  It will be up to all of us to figure out the new arena situation. Six-weeks ago, we believed that mobilizing Bucks fans for the new arena debate was premature, as the process still had a long way to go. The sale of the team and subsequent contribution of $200 million in seed money has acclerated the timing of the arena debate to NOW.

Given the $200 million head-start, it would be unfathomable if our community was unable to figure out the new arena situation in short order, and get a start on construction sometime in 2015. If we assume a cost of $400 million for a state of the art facility, it would appear to us that the funding gap is likely only $100 million. As BMO Harris Bradley Center Chairman Marc Marotta noted in interviews yesterday, the Bradley Center is going to start requiring major repairs over the next ten-years which could cost upwards of $100 million, so this community is going to need to spend that amount on arena facilities regardless. So for a net cost of $100 million more, wouldn’t we rather have a new facility and the Bucks?

We Need You to Get Involved

The sale of the team marks a transition point for this website. While we will still provide occasional commentary on basketball operations, the draft and other franchise topics, the focus for the months ahead is going to be mobilizing support for a new facility.  This is where we are going to need your help.

We’d like you to get involved in the following ways:

1 – Please FOLLOW US ON TWITTER @SaveOurBucks  and encourage your friends and relatives to follow us as well.  While we will also be utilizing the Facebook page, Twitter appears to be the medium that allows for the fastest dissemination of news and events.

2 – Start to influence those around you either personally or via social media about the benefits of a new arena complex and the importance of the Bucks future in Milwaukee.  Start by sharing the Bill Simmons article with them, as we think that does a good job of explaining to people just how valuable the Bucks asset will be in the future to the City of Milwaukee.

3 – Take to the airwaves of the talk radio shows, the comments section of the Milwaukee Journal Sentinel and the discussions taking place at various blogs, including this one.  As we discussed a few weeks back, this community has its share of curmudgeons who would complain if Apple Computer relocated their entire operations here, simply because they felt the price of iPads and iPhones are too high compared to PC’s and Droids. These type of critics usually quiet down when forced to civilly and reasonably debate an issue.

4 – Do not let partisan politics cause disruptions within the SaveOurBucks and new arena movement.  We currently count among our ranks conservatives, liberals, old, young and everything in between. We can’t let partisans grab control of the debate in an attempt to divide us on this issue. While we all may disagree on a host of other topics, we’d hope that we can all agree that a new arena for Milwaukee, under the context of $200 million already being provided by Kohl and the new owners, is a worthwhile cause to fight for regardless of your political views. There are bipartisan benefits to this cause and bipartisan creative solutions. Let’s show Wisconsin (and Washington D.C.) that both sides of the aisle can still work together for a great outcome for all.

Saddle Up and Let’s Go!

Forward! We can do this!

One thought on “The Next Chapter Begins……”