In our earlier piece, we provided some background on Lasry and Edens for those unfamiliar with them.  We encourage everyone to read that article first, as it will help provide context for this companion discussion. In this piece, we’d like to sound a note of caution for Bucks fans that the long-term future of the franchise could still be fragile if Senator Kohl goes forward with a sale to Lasry and Edens.

As we noted in our earlier article, Lasry and Edens are both extremely smart, hard-working, self-made billionaires. There is a dream scenario whereby they purchase the team, bring in a new front office, leverage the 2014 draft pick, and have this franchise positioned with one of the brightest futures in the NBA twelve-months from now. The rub comes as it relates to how Senator Kohl obligates them to keep the team here for the long-term.

What Exactly is a Hedge Fund Manager?

Hedge Funds are investment vehicles in which investors seek significant investment returns in exchange for taking on great levels of risk. People who invest in hedge funds typically are not looking for the normal returns that the average investor or saver might be seeking. Earning 2% to 10% annually on your money by investing in CD’s or the S&P 500 Index is generally is not your goal.

There are many different types of hedge funds, with different goals, levels of risk and strategies, so we do not necessarily want to generalize that all hedge funds take high levels of risk. In certain cases, hedge funds may invest in very safe investments as a counterweight to other cyclical investments or positions they may take. Nonetheless, a number of hedge fund managers are looking for investment opportunities that can provide returns of 30% to 300% and in a short timeframe.

A common technique utilized by certain types of hedge funds is the buying of out of favor or distressed assets, with the hope of performing radical surgery on them and then later flipping them for a large profit. This could be buying control of a downtrodden corporation, outsourcing US operations to increase profitability and then later selling the asset to a different buyer for a profit. However, a profitable conclusion isn’t always the outcome.  Sometimes these investments backfire, and the investments decline substantially in value causing significant losses. Lasry hasn’t always made the right bets The same holds true for Edens. That said, both are survivors of the 2008 market meltdown and have prospered in the subsequent years.

Here is where the Bucks come into the picture. The Bucks arguably are a distressed asset. They’ve been underperforming for years and have a murky future due to the lack of a new arena to play in. If a hedge fund manager were looking for a play, they’d be a great option. Buy the team for $550-$600 million, turnaround the management, draft a star in 2014 and then sit back and negotiate with the City of Milwaukee for a new arena on your terms.  If the City won’t accommodate things to your liking, you can simply turn around and sell the team to Chris Hansen in Seattle. If the team’s roster and front office were prospering, Hansen would likely pay $750 million to get the Bucks to Seattle two years from now. And as hedge fund manager, you’ve just walked away with a $150-200 million dollar profit for your efforts.

We aren’t suggesting that Lasry and Edens would engage in such actions if they purchased the Bucks. However, it is important to note that this is how these guys make their money every day of the week. This is why it becomes extremely critical as to how Senator Kohl ties in the sale of the team to requiring the franchise to remain in the Milwaukee market. In essence, a franchise sale to Lasry and Edens would be a hedge fund play by Senator Kohl. Lasry and Edens are so tantalizing as prospective owners because of their money and smarts, however, their strengths are also their weaknesses as it relates to a long-term commitment to the Milwaukee market. We’d put our bets on these two out-thinking and out-working the Daryl Morey’s of the league, but at the same time, they may also outsmart Senator Kohl and/or Bucks fans as well at some point in the future. 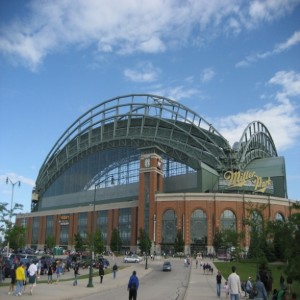 For professional sports teams that are at risk of leaving, perhaps the single greatest protection a city has is a long-term lease with the team for an arena or stadium.  Here is a brief summary of the Brewers lease with Miller Park. The key takeaways from that lease are the 30-year term that runs through 2031 and the separate non-relocation agreement, whereby the Brewers acknowledge that they could cause irreparable harm to the State and Stadium District if they attempt to move from Milwaukee during the term of the lease. The Brewers essentially are waiving their right to move in the legal documents.

Since we do not have a new arena in place, Senator Kohl is going to have to attempt to contractually bind any new owners to a similar type of non-relocation agreement. These type of agreements have been broken before, namely in Seattle, when Clay Bennett moved the Sonics. Here is a good article from last year discussing franchises breaking leases as it related to the Tampa Bay Rays.

This is where Kohl needs to be extremely careful. What the Bucks sale discussions have shown is that people nationally and internationally have a strong sense of the unique worth of an NBA franchise. The value placed on admission to the “Club of 30” carries a lot more weight than most of the residents of Southeastern Wisconsin understand. NBA franchise values are now sky-rocketing. Because of this, it is plausible that at some point down the road, the litigation or buyout costs of a legal agreement could be easily overcome by the profits to be made in a different market. In other words, a $100 or $200 million dollar relocation penalty that once would be unthinkable for a franchise owner to bear, could be easily made up in a different market or from a different buyer of the team.

Are There Any Guarantees?

Unfortunately there are no guarantees here. Kohl and his attorneys are going to work overtime to figure out how to craft any sale in such a manner that would bind the new owner to the Milwaukee market for the long-term. It is plausible that Lasry and Edens will turn out to be excellent owners and quite satisfied with owning a team here. That said, the background of these two individuals is a bit different than that of Brewers owner Mark Attanasio. Attanasio, while extremely wealthy and successful in his own right, was a few tiers below Lasry and Edens financial league when he bought into the Brewers. Further, Brewers owner Bud Selig vetted Attanasio and deemed him a cultural fit for Milwaukee versus Dan Gilbert, whose offer to buy the team he rebuffed, as Selig felt Gilbert was not the right fit. Lasry and Edens are unknown in that regard.

While the possible sale to Lasry and Edens carries huge excitement and potential, it also carries some risks. As we noted in our earlier piece, Godspeed to Senator Kohl in his negotiations here. He has some tough decisions ahead of him.