Don Walker has a new piece up noting that the Bucks are narrowing the new arena site choices down to areas in Park East and vicinity. We encourage you to read the piece as background before you read our thoughts on the options being considered. The site location debate is coming to a head and most parties expect some announcement to be within the next 30-60 days. As always, we’ve some opinions on things, so let’s go!

Do Not Assume the Journal Site is Out Completely

While it appears that the Journal Communications building site is not in the cards, let’s also acknowledge that the process is not complete. From the scuttlebutt going around, it appears as though the Journal and the Bucks are not able to agree on a purchase price. Purchase price is a broad term, and encompasses a supposed demand from the Journal that the Bucks reimburse them for a move to new offices. Another aspect that has been mentioned is some potential disagreement on who bears the cost for any unknown environmental issues that might be discovered during the demolition of the Journal building.

Only the insiders know how far apart both parties are on these issues. It would be shame though if the Journal, perhaps the number one cheerleader for downtown revival, would prevent the optimal site from being selected. No one can force the Journal to sell, but if over time it turns out that they are simply holding onto a white-elephant building, it may end up to be a very poor business decision in the long-run.

The Journal has always been eager to tell everyone else in Southeastern Wisconsin what they need to do to make things better so the irony in this situation is thick. We have no doubt that a new arena will be welcomed by the community wherever it is located, but we know that in true Milwaukee fashion people passing an empty Journal building ten years from now will remark:

“It would have been great to have the arena there, but the Journal didn’t budge. I bet they wish they could have that decision back!”

We remain hopeful that both sides will be able to reach an agreement as we believe this to be the best site, as discussed in our piece from last August. That said, it may take the leverage of serious consideration for another site to make this happen.

What Options are Left?

Here is a link to the location map in the Don Walker piece highlighting possible options for the new arena. There are three possibilities mentioned.

Lot to the north of the BMO Harris Bradley Center

We’ll keep this short. We don’t like this location. It appears too cramped to hold a significant development and is farthest from the river where the development is taking place. We’d once again be placing the new facility out on a development island, hoping that unspecified future developments between this location and the river corridor would take off, providing a natural link of activity.

The City Owned Parking Ramp Adjacent to the BMOBC

We’ve all parked in the ramp next to the Bradley Center. And perhaps had a pre-game beer at the multitude of restaurants contained therein over the years. According to Walker’s article, this plan would have the Bucks tear down that facility and then situate the arena on that parcel. Due to the small size of the parcel, the arena likely also would be built over fourth street and bleed into the lot north of the BMOBC.

We aren’t fans of this plan either. Utilizing this parcel would essentially back the new arena right up to the edge of the Moderne building and the various small establishments that front Old World third street. The location feels cramped and you’d have to eventually acquire a number of existing small sites to accommodate additional development. The only advantage we see with this site for the Bucks is that by demolishing the City owned parking ramp, the Bucks would eliminate a competitor for parking revenue.

The Park East
Feels like Groundhog Day doesn’t it? Bill Murray’s alarm clock hits “2017 Deadline” every morning at 6:00am and the Park East site may be the fastest way to turn the alarm off and allow everyone to move on with life. 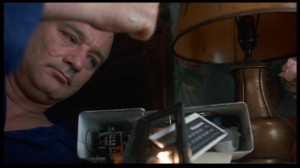 There is a reason these remaining Park East lots have not been developed since they went on the market back in 2002 – businesses believe them to be too far away from the hubs of downtown activity and dare we say it, too close to the central city.

We are frustrated that it has come to this, but unfortunately Milwaukee is again showing its problematic side as it relates to development. We’ve got too many buildings people deem “historic”, too many areas deemed “environmentally important” and the legitimate issue of the heart of downtown being built on a swamp. The fact the City just spent $76 million dollars to renovate City Hall, only to find out the building may have sunk one to two inches due to deteriorating pilings, is disheartening for everyone.

So the Park East remains the path of least resistance. We don’t know the results of soil studies there, but assume the ground conditions are sufficient to handle significant development and not require major soil support nor environmental cleanup (which is why the lakefront and certain 3rd ward locations were apparently ruled out early in the process). The property is also available. We’d assume the County would sell the land cheaply or provide it for free as their contribution to the project. It is conceivable that you could have a groundbreaking there as early as next fall, assuming the funding debates in Madison would be brief.

We’d suggest “LED” (Lasry/Edens/Dinan) ask for control of the entire site below to provide maximum flexibility for development, suggesting the new arena be placed on Blocks 2 and 4. The Bucks should then purchase Block 7 to construct a large atrium, practice facility and hall-of-fame/pro-shop ala Lambeau Field. This element could be connected directly to the new arena via sky-bridge over 4th street, providing a covered drop-off area underneath 4th Street.

Under this scenario the Bucks also control their lot to the North of the BMOBC to utilize for future development and if needed could demolish the existing BMOBC for additional space. They might as well also gain control of Block 1 above so that they have control over everything. As we’ve said, this site isn’t ideal. The main selling point is the space afforded for easy development, so LED might as well use the space to their advantage.

What Works with This Plan?

Scale – The new building would be allowed to breath and have a sense of scale. We aren’t fans of pigeon-holing the arena on a site where the facility is blocked by numerous other tall buildings and constrained by narrow streets. Call it Feng Shui or whatever other term you’d like, but by controlling the entire Park East, the building would be visible from numerous directions if located in the center of the Park East. The community would be allowed a sense of scale of the facility that it wouldn’t have with a number of the other sites under consideration. Drive eastbound on I-94 and observe how at approximately Hawley Road, the Miller Park complex imposes itself on the skyline. It looks like the 8th Wonder of the World. This site would afford that effect to the new arena.

Traffic – This site would have the best ingress and egress for suburbanites attending the game. There might need to be some additional infrastructure work done, but there is easy access to the freeways from the McKinley on-ramps. Further, the vast size of this site might allow for some surface parking which is a psychological plus for the suburban crowd. We aren’t asking for vast fields of Miller Park tailgating lots, but the fact is that a number of non-city dwellers like the idea of surface parking. And while tailgating would be prohibitive for much of the Bucks season, we could envision some occasional year-round arena events that would be conducive to tailgating events if the space were provided.

River Access – Unfortunately the recently built Aloft Hotel is already in place and controls the direct river access here. Nonetheless, if the Bucks development began on the lot fronting 3rd street, there still would be a reasonable link to the riverfront development and vistas. We believe that the new arena would be better off trying to link itself to the development going on up and down the river via utilizing Block 7 of the Park East, versus simply moving the BMOBC one block to the north, as the other plans under consideration envision. While “Block 7” doesn’t seem all that far away from the other sites, psychologically it is a big difference on a number of levels.

Speed – We do not like the fact the Bucks are up against this deadline. But as noted, the Park East should be ready to go. 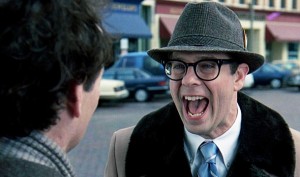 Minimal demolition is required, the property is for sale and the infrastructure for traffic is mostly in place. To take the Groundhog Day analogy further, Seattle is our version of Ned Ryerson. Unfortunately we have to encounter the threat of the team moving to Seattle on a daily basis. We wish Seattle well on their quest for an NBA team, but time to bid adieu to our former Western Conference classmate, once and for all.

The unanswered question with the Park East site is what would happen to the existing BMOBC and for that matter the Old Arena, Milwaukee Theater and Wisconsin Center District itself. The beauty of the Journal site is that it would allow consolidation of everything into one efficient complex, under the taxing authority of the WCD. We still are of a strong belief that the city has too many unattractive and costly venues for a community of our size.

Building a new arena in the Park East doesn’t immediately solve that problem. We do believe though that if done right, it might ultimately put those other venues out of business anyways in the years ahead. There appears to be some momentum along the river corridor, abutting the Park East Block 7 via MSOE expansion, the Manpower HQ and the proposed development by Bucks minority owner Jon Hammes on the East side of the river among others. We think the Bucks are better off being physically closer to those developments than the lot north of the BMOBC.

We’d hope the Bucks are able to get the logistics worked out for a great Park East plan, along the concepts outlined above. We’d encourage LED to then use that plan as leverage for one last run at the Journal/Old Arena site. If in the end that doesn’t work, then move forward.

The fans of the team are fatigued by the uncertainty over the future of the franchise that has been ever-present the past decade. The funding debates in Madison are going to be hard enough as it is. Time to pick a site and forge ahead to the next chapter, with a goal to have a ground breaking at the end of calendar 2015.