Members of the Wisconsin State GOP legislative caucus have been talking privately the past two weeks about the arena financing proposal and whether or not to include the proposal in the State’s two-year budget (2015-2017). The thought goes that if the arena proposal is in the State budget to be passed later this month it will be approved more quickly and with less political theater.

There also is a fiscal argument from the standpoint that the State’s portion of the bonding results in an annual debt service cost of $4 million per year. That represents only .001% of the Governor’s overall proposed $35 billion in State spending in FY 2015-2016.

You’d think from some of the hysteria over the past ten days that the arena proposal would comprise 5, 10 or 20 percent of the State’s annual budget. But no, the proposed spending is only .001% of the annual budget. Additionally, that $4 million in state spending on the arena bonds is covered by the estimated $10.5 million the State will annually receive in jock tax money from NBA player salaries in FY 2016-17.

Over the next few days we are going to ask you to contact not only the legislators that represent your district, but key people on the fence that we’ll suggest contacting via updates in our Twitter feed. We may even ask you to do some “flash lobbying” this way in order to focus a group of Bucks fans to contact these folks at certain times.

The Wisconsin Legislature consists of two bodies: The Senate and the Assembly.  Everyone in the State is represented by one of 99 members of the State Assembly AND one of 33 State Senators. Use the link below to go to the legislative homepage and there you will find a query box allowing you to search for the member of the Assembly and the member of the Senate that represent you, based on your address.

There are two ways you can contact them. Either via email or via a phone call.  We’d suggest doing both to make sure the message gets through.

Here are the ground rules:

Be extremely polite and respectable. We want Bucks fans to represent themselves in the classy way we know you can. Put your political leanings aside when you make these calls. We are all united as Bucks fans on this issue. Even if the legislator you are contacting does not support the proposal, work to try to convince them and let them know you appreciate their time. If you become angry or belligerent it will not help our cause, as then you become the issue to the legislator or staffer and not the arena proposal.

What Do I Say When I Call?

Here is a suggested protocol for each call you make:

Staff Person: Yes, what are your thoughts?

You: What is Senator/Assemblyman’s _____________ position on State funding for the new Milwaukee arena?

That’s all it takes. A two-minute phone call. If you want to expound further on how much the Bucks mean to you and how it would be a travesty to blow this opportunity and allow the team to move to say Seattle, by all means do so. But again be polite, clear and concise.

What if I want to Email these representatives?

Email is helpful, but remember that email also tends to get lost in the shuffle since it is so easy to send. Think about how much spam email you get in your own inbox and how important messages may get lost. Staffers may have a harder time sorting and quantifying emails versus phone calls.

Nonetheless, for those emailers, here is a suggested email for you to send:

I am a citizen of the State of Wisconsin and reside in your district (optional if they are your rep).

I am strongly in favor of the new Milwaukee arena funding proposal and would like to see it included in the upcoming State budget. This proposal makes fiscal sense for the taxpayers of the State and we certainly do not want to lose the Bucks!

Please let me know what your position is on this issue.

I Really Do Not Want To Do Any of This – What Happens Then? 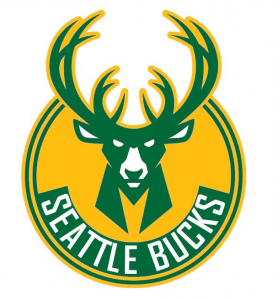 So, we can let the legislators think we don’t care about this issue. We can let their phones go silent. Don’t let that happen!  Make the calls!

Again follow us on Twitter as we will highlight specific key legislators to call, in addition to you reaching out to your own representatives.